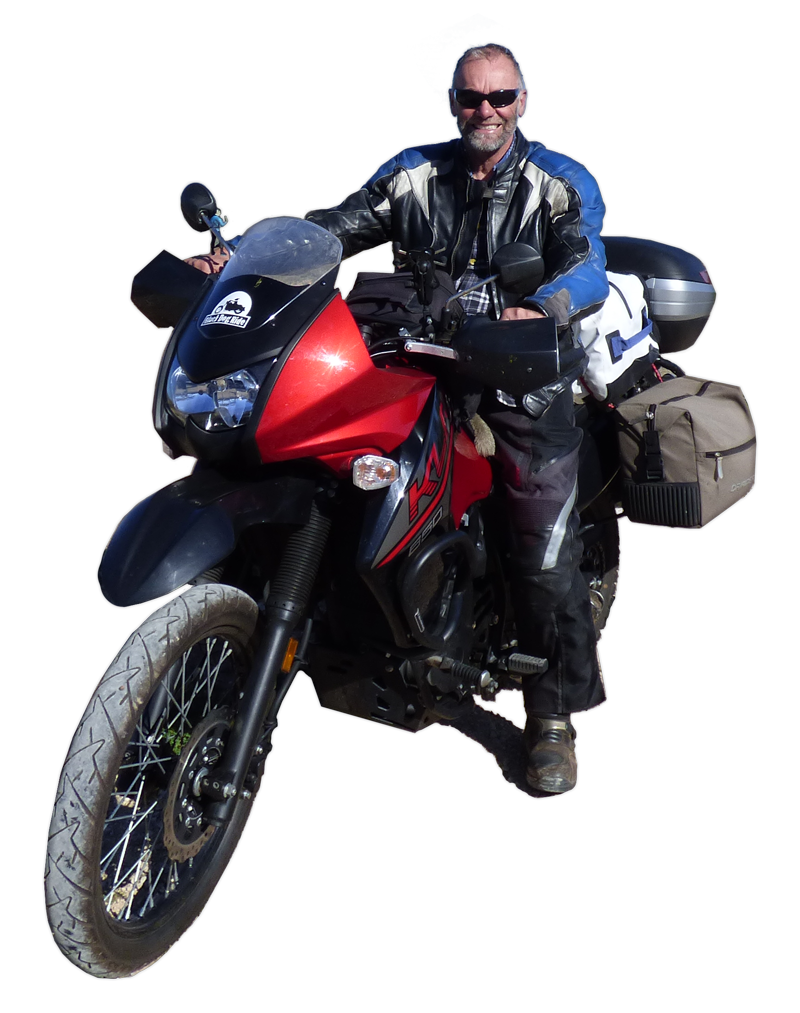 George Lockyer, born and raised in London, has been travelling the world and riding motorcycles for over 40 years. Ever since reading Ted Simon’s classic Jupiter’s Travels, he has tried to combine the two. Shortly after meeting New Zealander Karen in Cape Town, the pair married in Zimbabwe in 1985. They moved to Sydney in 1989, where Annie and Fergus were later born.

In 2003 they moved to Governors Bay in Christchurch, New Zealand, where George and Karen still live. Since leaving school, George has been a bricklayer and stone mason, a trade he continues to practice today.

George’s first article appeared many years ago in Australian Road Rider and his work has been published in a variety of magazines over the years. Since 2003 George’s travel articles, columns and book reviews have appeared in New Zealand Bike Rider Magazine, where his writing continues to have a considerable following.

In 2013 while a volunteer firefighter George self-published, The Governors Bay Volunteer Fire Brigade to celebrate its Silver Jubilee.

Apart from Tales and Trails Down Under, George has published, with David Bateman, Living the Dream – Kiwi Bikers (2015) and The Long and Winding – Aotearoa (2017).

Learn More about This AuthorGet in touch with George 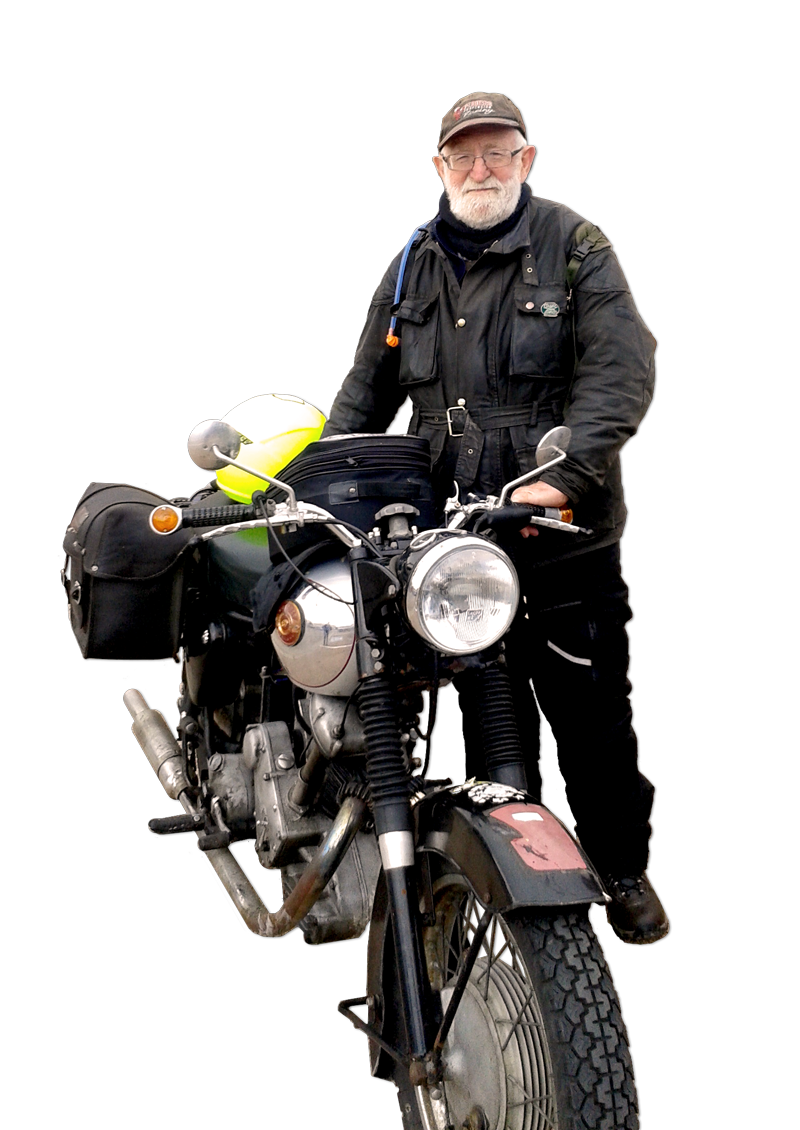 A dreamer and schemer. Maybe mum was right when she used to describe me as a ‘little Walter Mitty’ – a fictional character of James Thurber. I laugh when now as an adult I can reference authorities like the American Heritage Dictionary and find Walter Mitty noted as ‘an ordinary, often ineffectual person who indulges in fantastic daydreams of personal triumphs.’ In my childhood I’d not enjoyed the Danny Kaye movie portrayal and thought mum’s description was mean and a little demeaning, even though she always said it with a smile on her dial. Now I would wear it as a badge of honour.

More Bill Bryson than Robert Pirsig, I enjoy sharing my adventures with others. I come from a line of raconteurs who loved a fireside yarn and I humbly endeavour to continue this affliction for the generations who follow

Learn More about This AuthorGet in touch with Des