With the purr of the engine beneath me. And the warmth of the high sun above, I’ll go over the distant horizon. Along the country lanes that I love. Wild wood flowers and fruit will be growing, Winding rivers flow down to the sea, On my revered traveling companion, I lay claim to my life of the free.

It is not often that the arrival of a bill is good news. Not usually a moment to savour or celebrate. However, let me share my joy. My next book to be released records the re-enactment of Robert Pirsig’s 1968 ride across the northern states of the US that spawned his best-selling book ‘Zen and the art of Motorcycle Maintenance’. After sourcing the correct period Honda and BMW motorbikes my little crew of daughter Kitty and mate Myles did our best to follow in the wheel tracks of our predecessors and put down our experiences and thoughts. Trying to marry Pirsig’s deep-and-meaningful thoughts, which through his alter-ego Phaedrus challenged thinking back to Socrates, and my often shallow and immature ones was difficult. Clearly he had a lot to say and much of it is very interesting.

Zen and the art of Motorcycling is a challenging and difficult book to read.  Many of my friends have given up before 50 pages are done, although one acquaintance did write to me expressing how the book changed his life.  It is purported to be the biggest-selling philosophy book and is referenced reading for tertiary courses as diverse as Engineering, and Sociology as well as English and Philosophy. The book was based on an actual ride and what a beauty it was.  Pirsig chose the back-roads of the north and we were more than happy to follow.

My manuscript incorporates pieces from Pirsig that I feel illustrate and add to our story.  After my editor told me that I was going beyond ‘fair use’ we had to get serious about obtaining formal permission to use his erudite words.  The torturous path to getting that permission, and the bill to compensate whoever, has been long and winding.  However after three months I now have a contract allowing me to quote from ZAMM in books for distribution in the USA, Canada and the rest of the world excluding the UK and Commonwealth.  The UK and Commonwealth are through another publisher and I still await their authority  … and bill.  That will be another that I will celebrate.  In the meantime, the printing presses are about roll.  Watch this space! 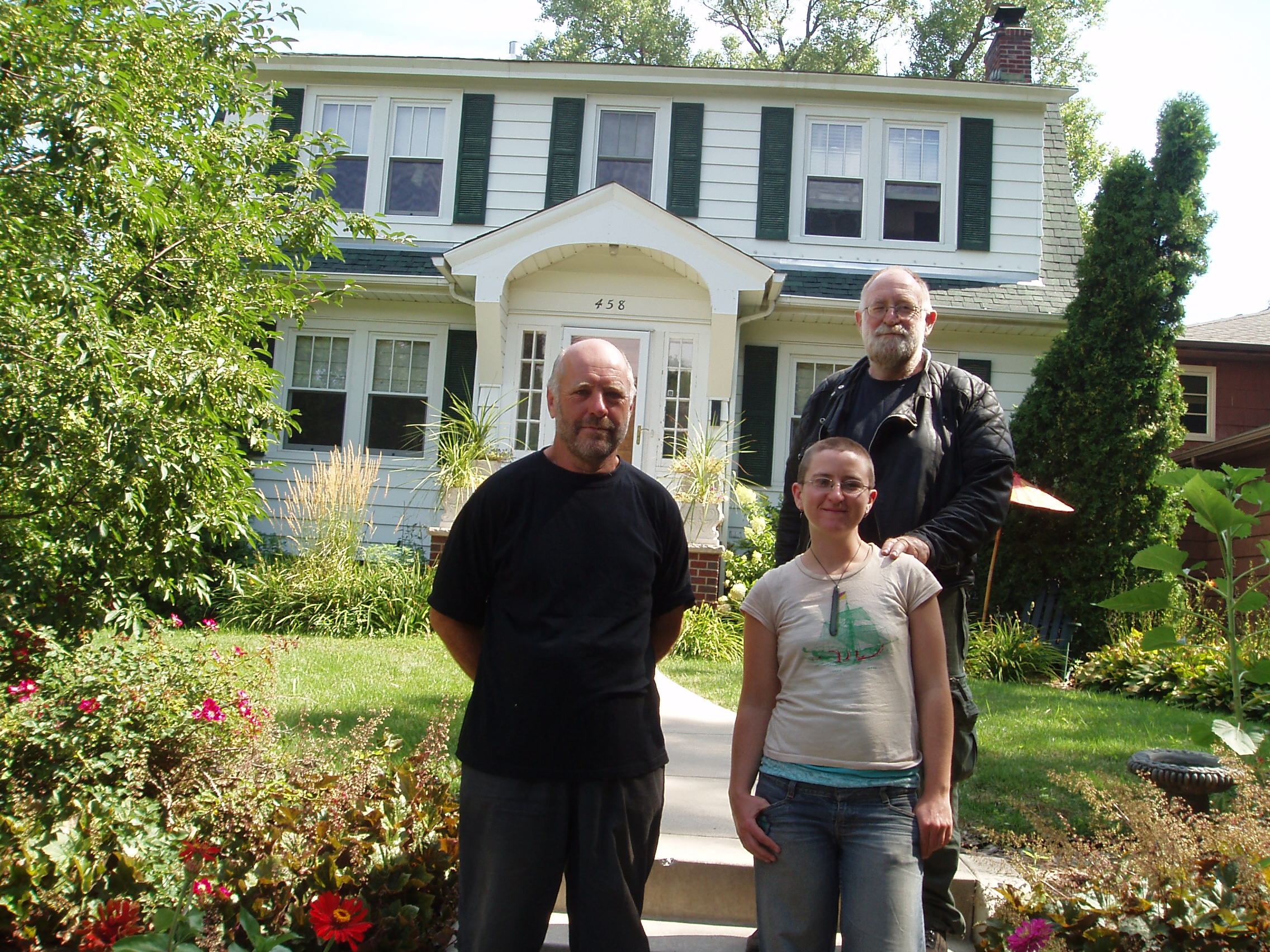 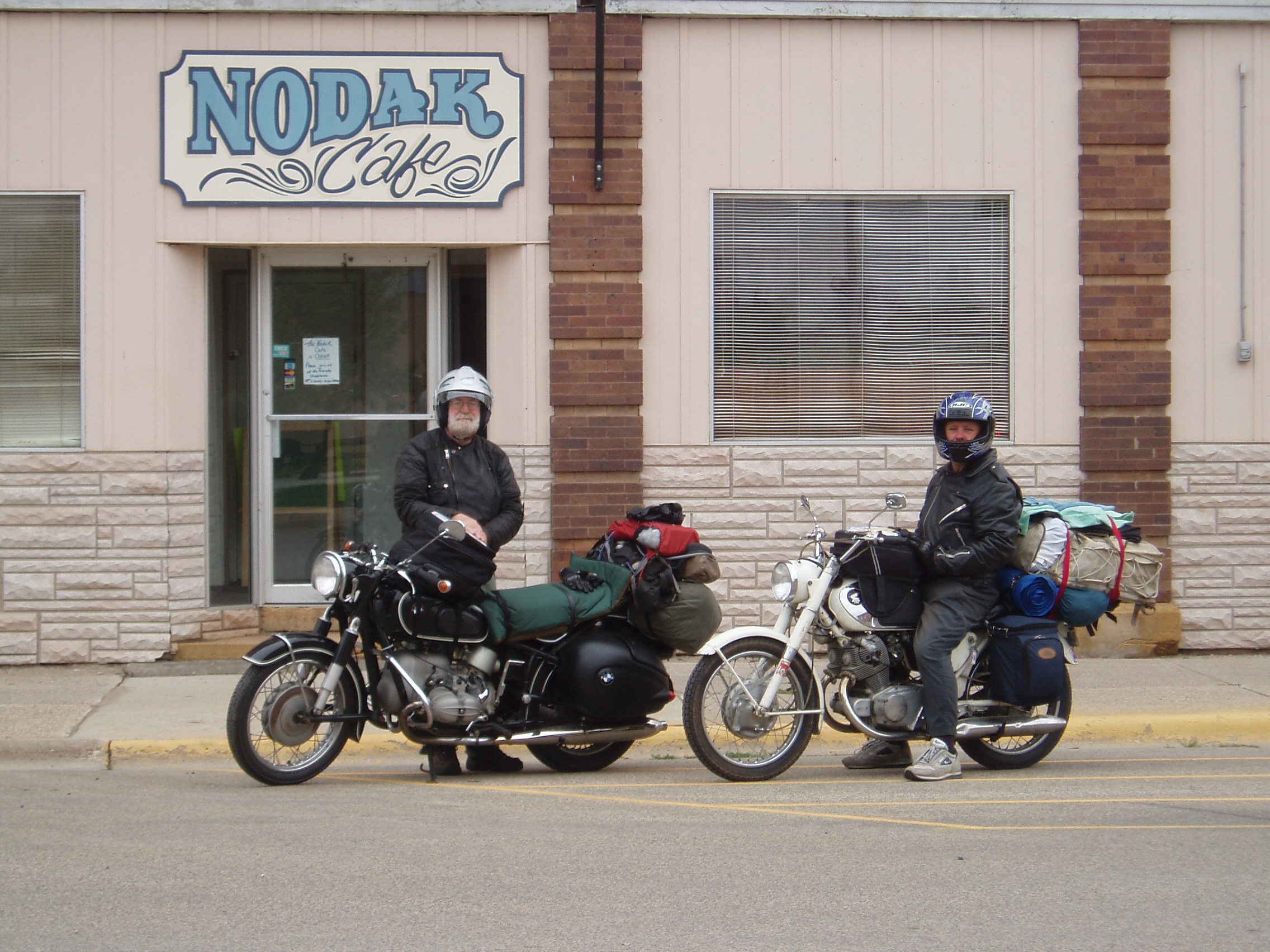 The original sign for Nodaks Cafe in Ellendale, North Dakota. 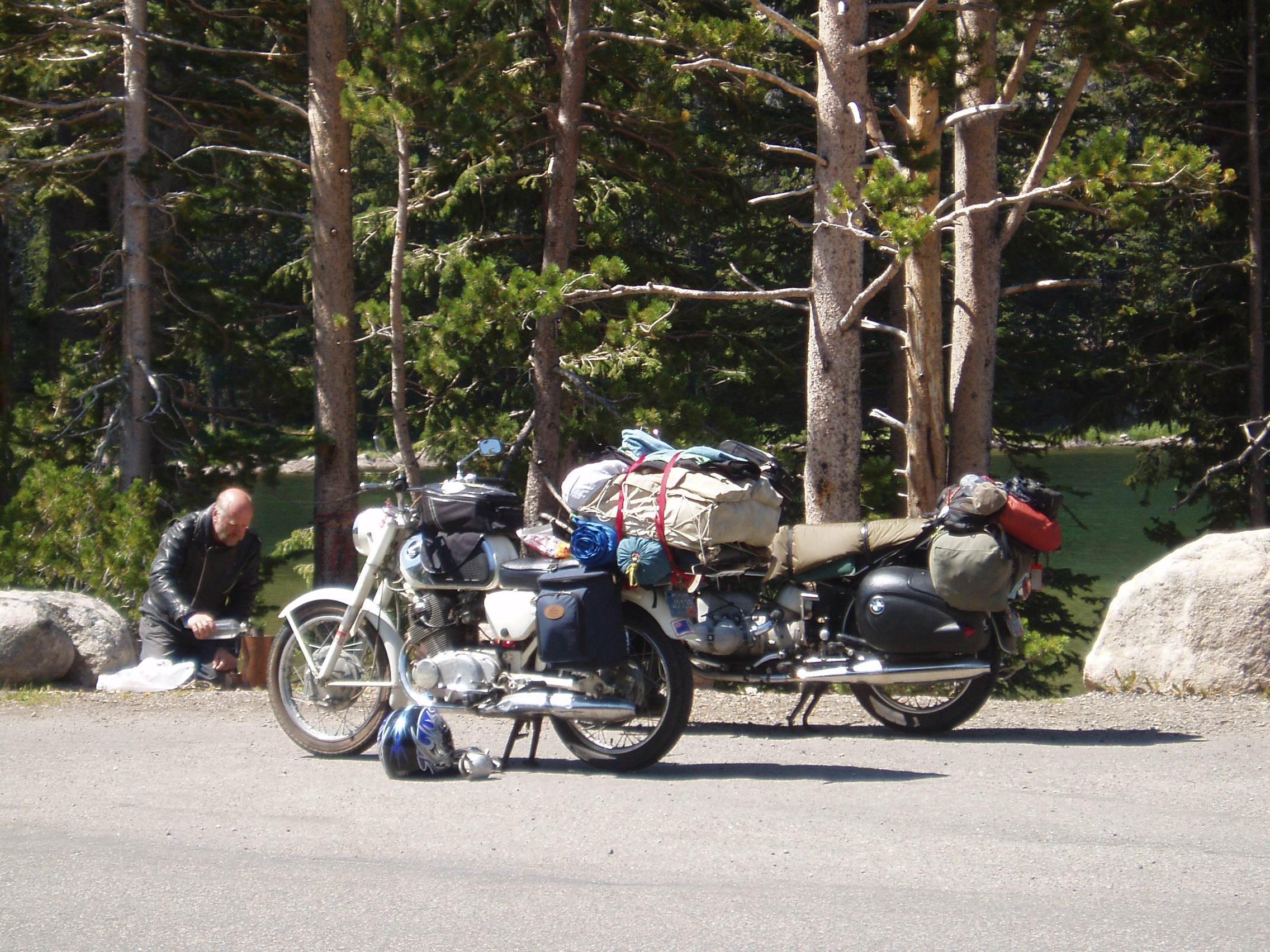 On the road brew-up. Myles in control of the mighty Thermette 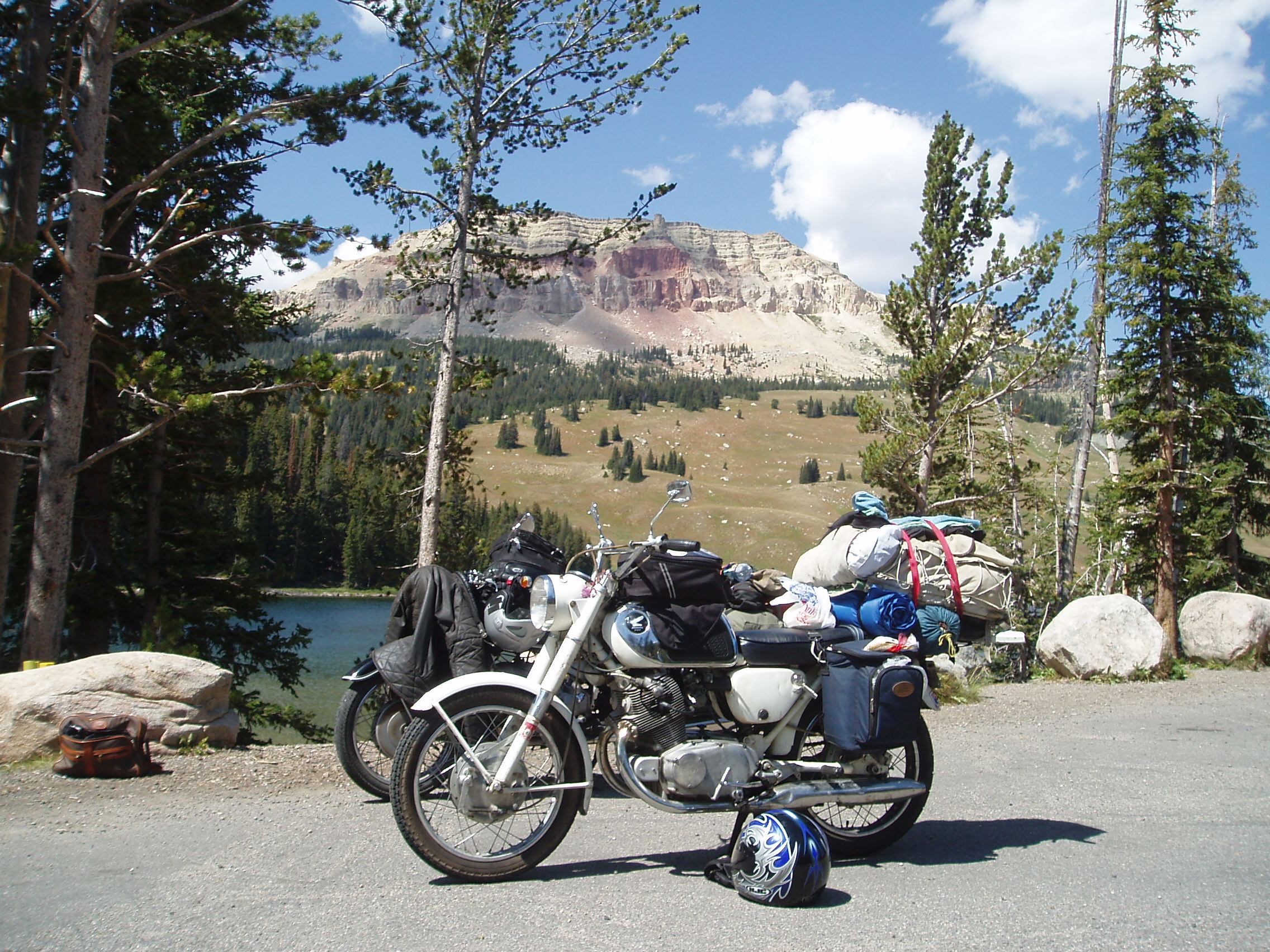 It was a disppointment to learn that Butte was pronounced 'beaut'. We'd chortled over Big Butte and the like thinking it was 'butt' 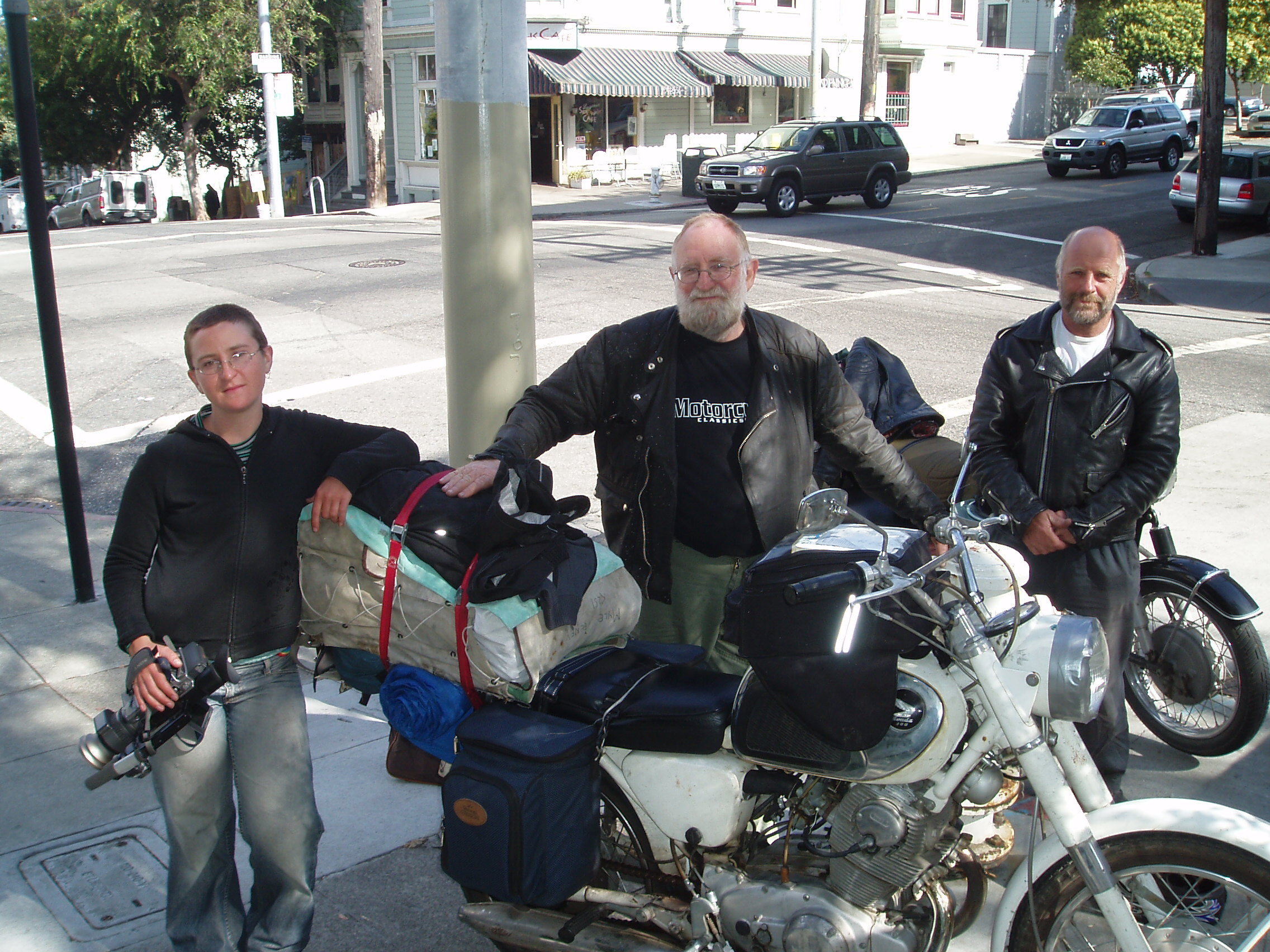 Kitty, me and Myles outside the Zen Center in San Francisco. This is where Chris Pirsig was living when he was killed and his ashes are kept there.